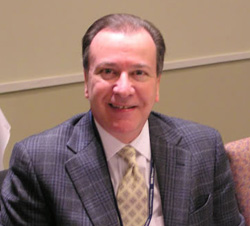 Mr. Cirillo is a graduate of Rider University and past Director of the Mercer County Board of Social Services (MCBOSS) where he had over 40 years of experience at administering a variety of social service programs, including Temporary Assistance to Needy Families (TANF), Medicaid, NJSNAP (Food Stamp Program), General Assistance, Adult Protective Services, Work First New Jersey (WFNJ), and Child Support.

Under his direction, MCBOSS expanded upon its tradition of developing strong and effective governmental and community partnerships in implementing program reforms, and advocating for new and creative efforts in addressing the challenges confronting poor and working poor individuals and families. These efforts include pilot initiatives to combat homelessness, facilitate re-entry from correctional institutions, improve access to nutrition, enhanced workforce development, and improved access to child support. MCBOSS has received numerous commendations and awards for program excellence in recognition of its efforts.

He serves on numerous intergovernmental and community boards and organizations. He also served twelve years as a councilman for the City of Trenton, including four years as Council President (1999-2002).